OdourCollect is a citizen observatory to empower citizens to tackle odour pollution.

Odour pollution is the second reason for environmental complaints in the world, after noise, and it can be a sign of greater environmental problems. OdourCollect is a free app that aims to tackle odour pollution by empowering affected citizens to build collaborative odour maps. The app promotes a driving force of change, encouraging dialogue among citizens, local authorities, industries and experts.

Any citizen can act as an observer and report geo-localized observations on the odour episode, which are open data and can be used to build collaborative odour complaint maps and identify potential odour emitting sources.

Odour observations can be validated by experts to gather data in a particular area where a community is affected by odour pollution and with the aim of co-designing local solutions with relevant stakeholders.

The best sensor to measure an odour is the human nose itself. If you want to actively participate in science, you can download the OdourCollect app from the Apple Store, Android or check the website. 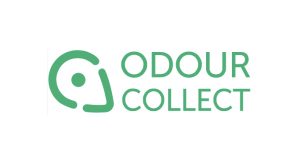 The first version of OdourCollect was developed by Science for Change and produced in the framework of MYGEOSS (2015-2016). Nowadays, OdourCollect is the main tool of the D-NOSES project, as a means for co-creating alternative solutions to odour pollution.

There are no upcoming events at this time. Come back soon or subscribe to our newsletter to stay tuned!

Inspiring teachers to include citizen science in their school curricula

Can an educational scenario created under the Cos4Cloud teacher training course inspire more teachers and schools apart from those designed for?
View More

“Including co-design in citizen science is a paradigm change; you switch the approach from the ‘top-down’ to the ‘bottom-up,’ involving participants in a more active way”, Rosa Arias